Scenes From My Week

Midweek saw the sun come out and the temperatures rise so the perfect time to have a drive around our beautiful Island paradise.  We had nothing pre-planned but with camera in hand off we went on our tour around the West side of the Island.

First stop was a stone Sheiling, there are numerous ones scattered around on the moors, a seasonal dwelling that were lived in during the summer months when livestock was put to pasture. 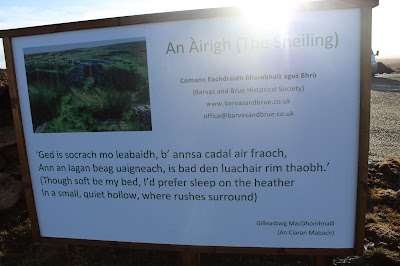 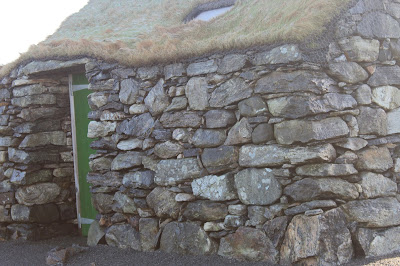 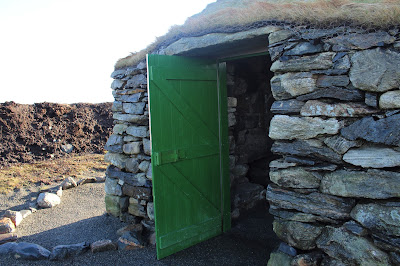 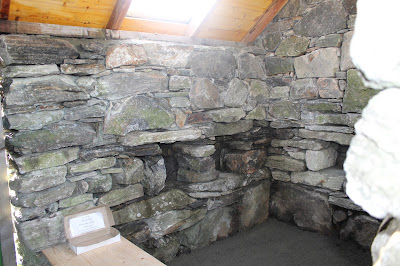 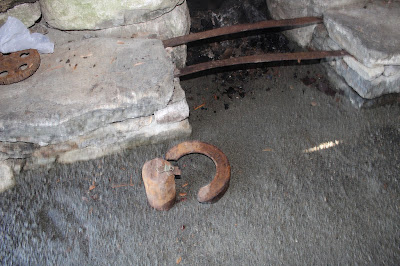 Our next stop was Bragar where there is a whalebone arch.  It was erected by Murdo Morrisson a former postmaster.  The whalebone arch was formed using the jaw bones of a whale who had beached itself and died in Bragar bay. 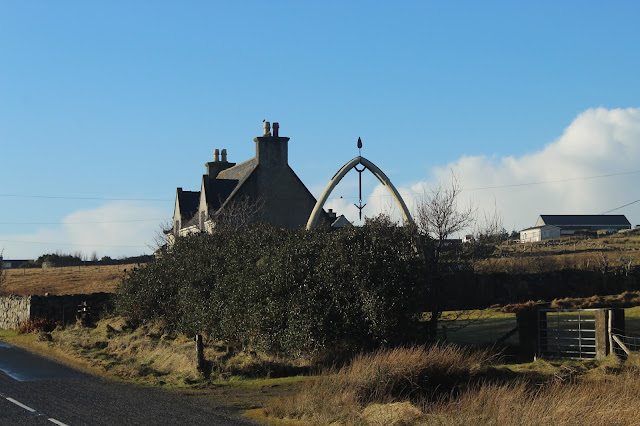 We then went on to have a quick visit to a black house at Arnol and then on to  watch the waves breaking on the rocks nearby. 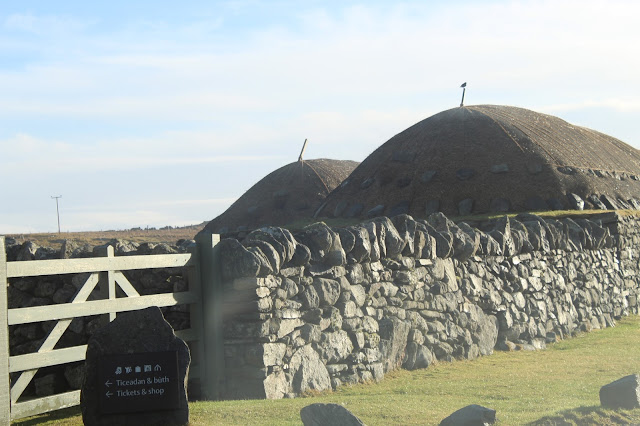 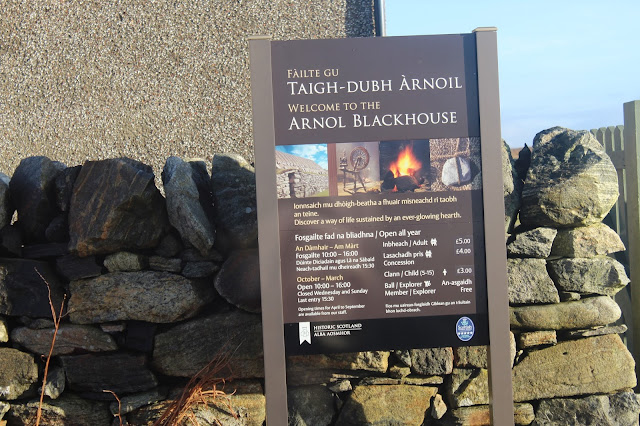 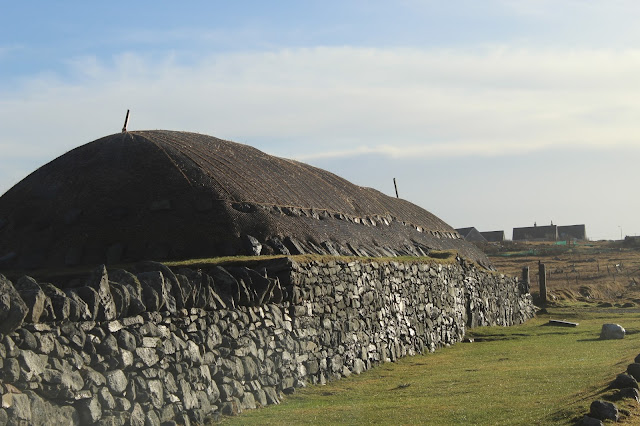 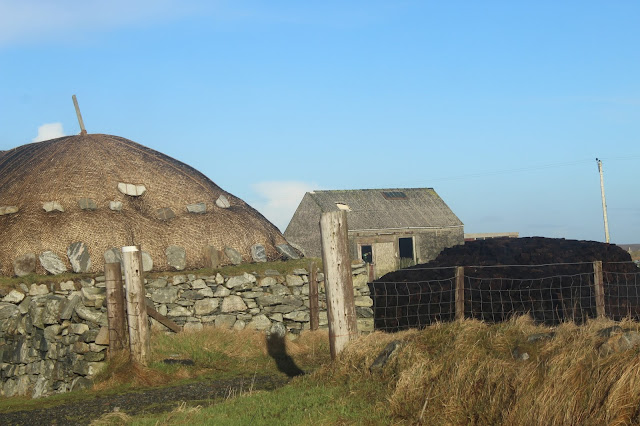 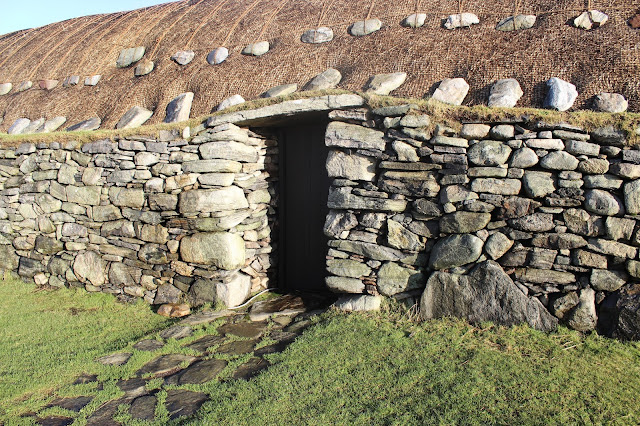 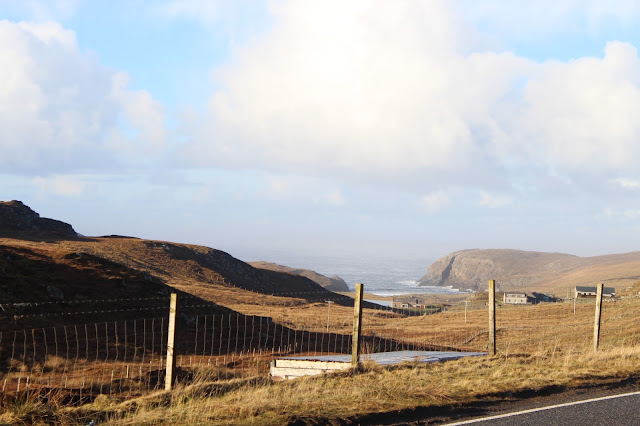 Sadly, the wonderful weather didn't last a storm headed in and ferries were once again cancelled today.  That is the Western Isles for you changeable weather is part of its make-up.

I think one of the things that strike me the most about the Island is the majestic skies, the cloud formations are amazing.  The ever changing views due to the weather are a delight. 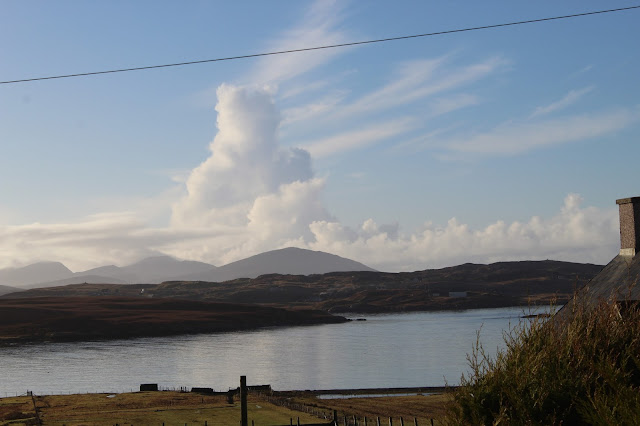 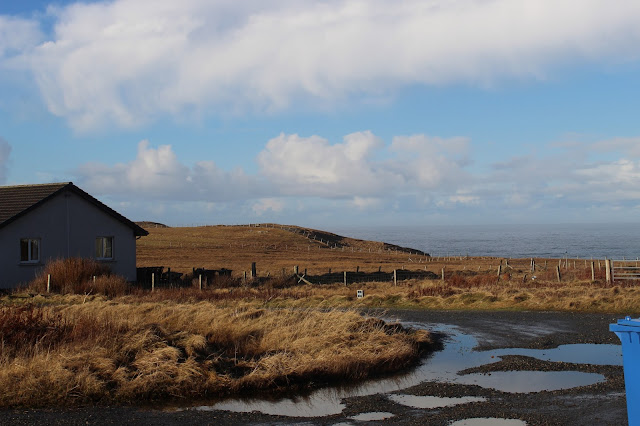 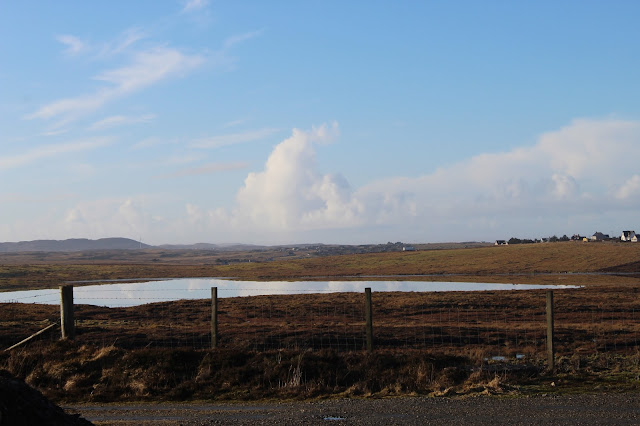 Hope you enjoyed our little tour.  The winds are now howling around our little cottage so we have banked up the stove and poured ourselves a glass of wine.  Cheers, hope you have a wonderful weekend.

See you soon.
Posted by mamasmercantile at 11:45