It was sad leaving Bertie and Honey behind as all too soon it was time to leave and move onto another adventure.  This time with Victoria and her little family.  We were heading for Disneyland Paris using the Euro tunnel from Ashford in Kent.  We drove down from Norwich and stayed overnight, giving us plenty of time to enjoy Dover Castle and its surroundings.

The drive up to it was magnificent as was the white cliffs of Dover which we took time to view.  There was so much more than we had anticipated and not enough time to do it all. 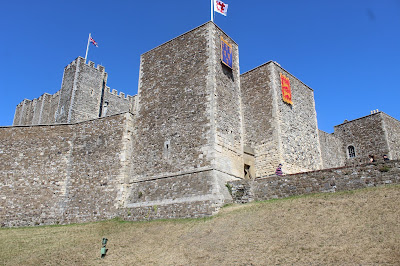 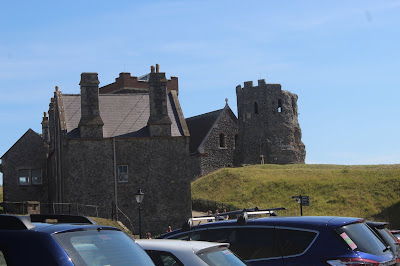 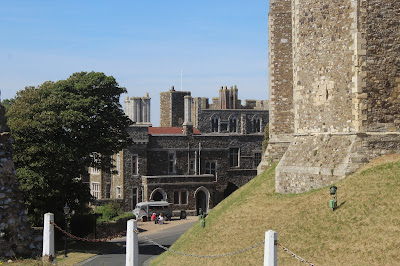 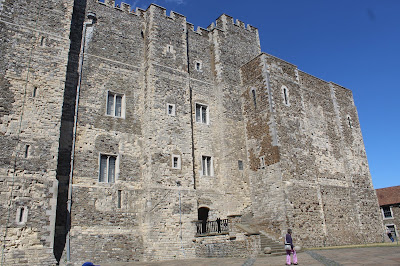 There was a train that took you around the grounds and from one exhibition to another, made it so much easier for Gerard to get around.  There were actors within the castle and the courtyard bringing life as it as in medieval times to life. 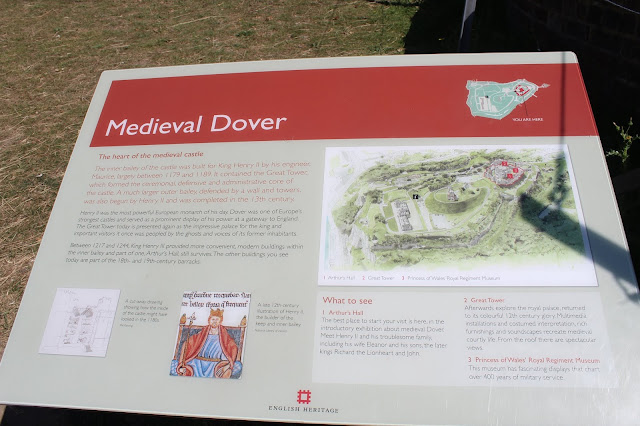 A highlight for Gerard was the Princess of Wales's Royal Regiment and Queens Regiment Museum.  He loved talking to Wilbur and Hector about his time in the Army and looking at the exhibits together. 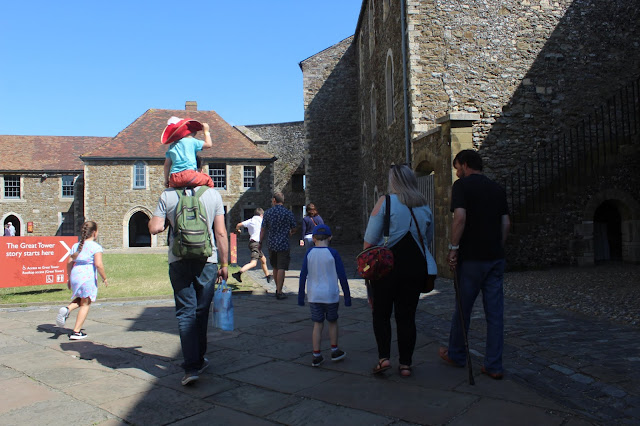 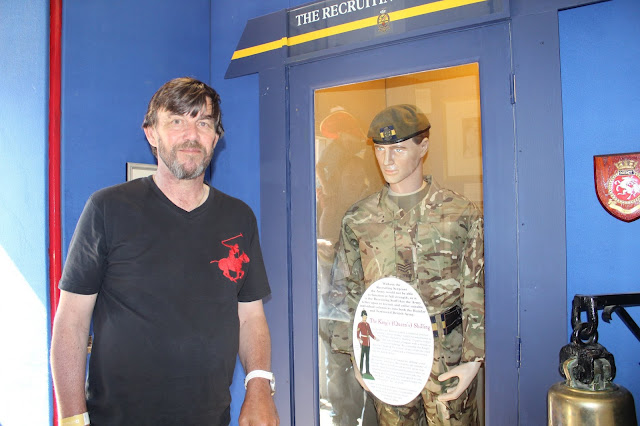 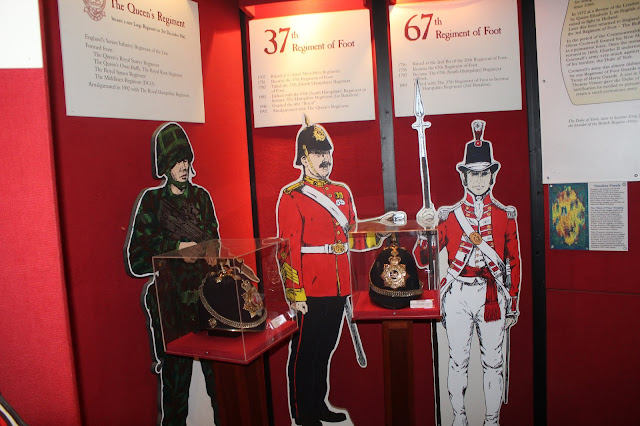 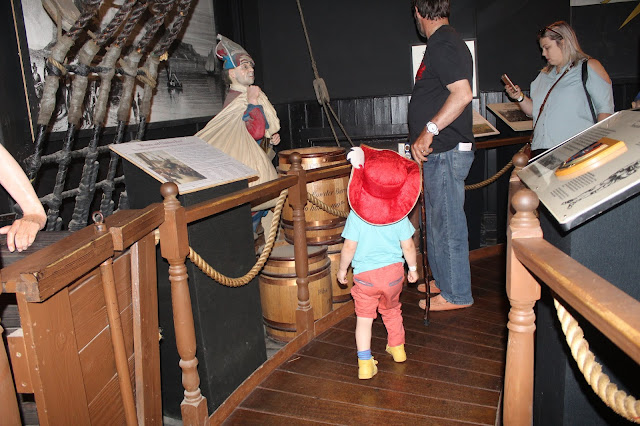 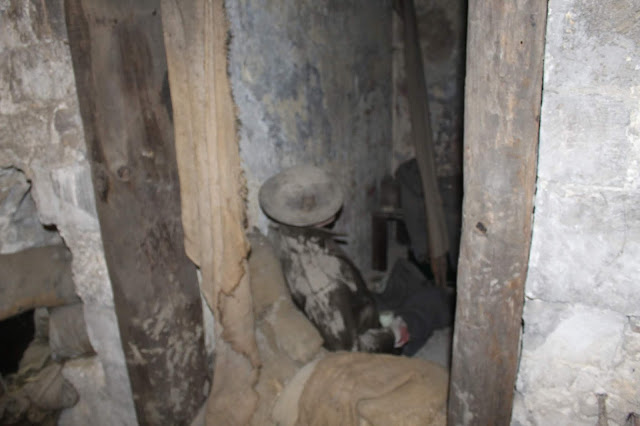 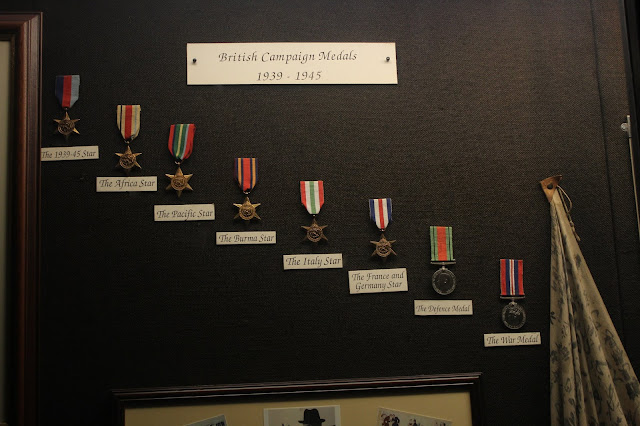 Another highlight was a stroll around the Church St Mary-in-Castro which for centuries was the Garrison Church for the Dover and then later Dover/Shorncliffe Garrisons with military padres leading services.  The church remained active with daily services right through the battle of Britain which was fought overhead. 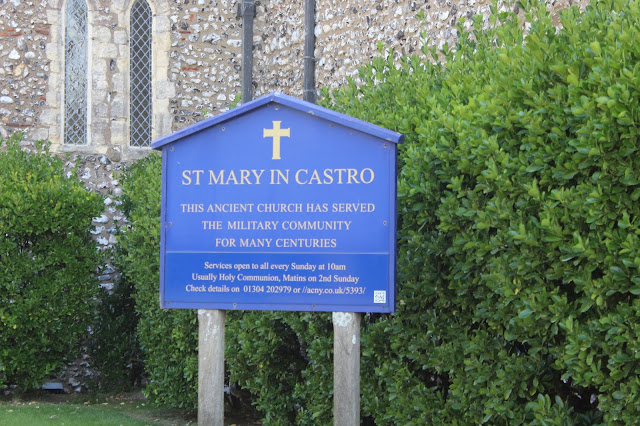 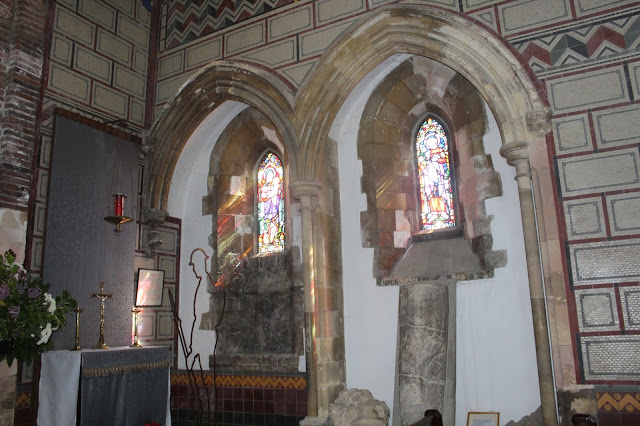 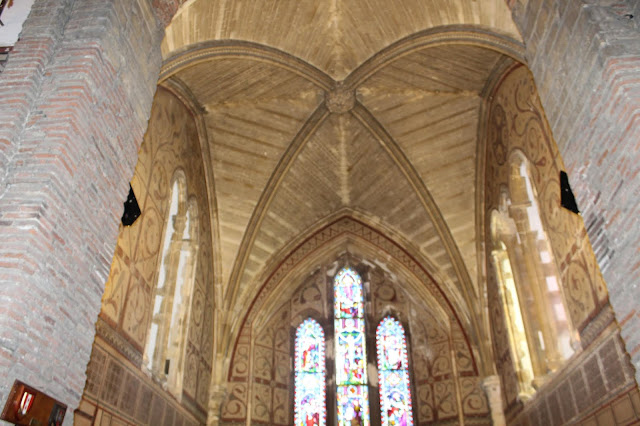 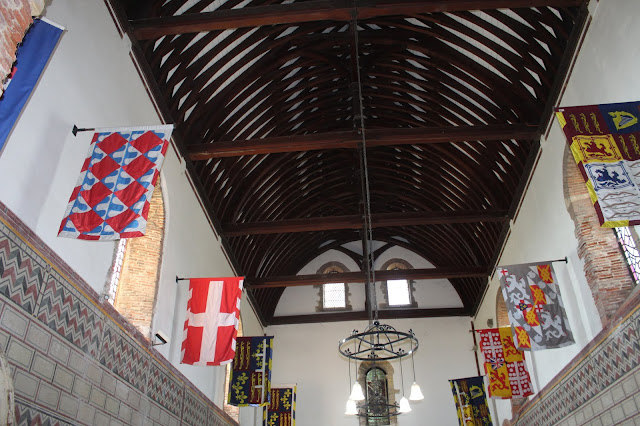 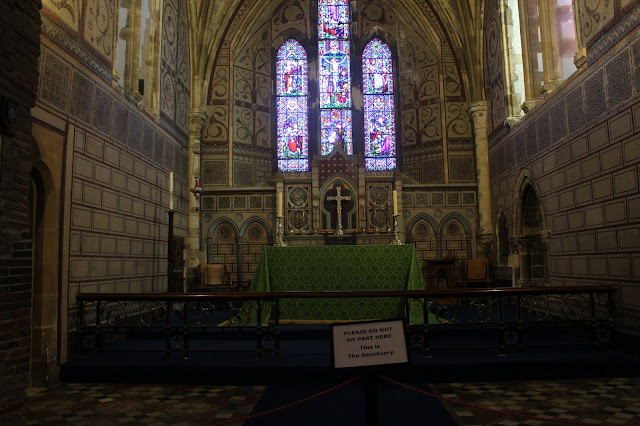 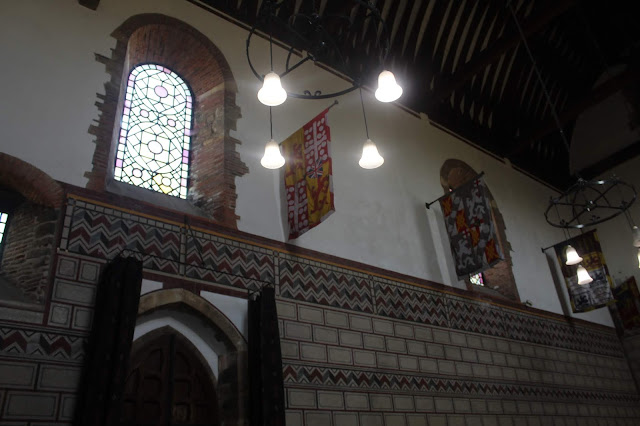 Although now part of the Diocese of Canterbury the military ethos remains with regular services attended by veterans groups and as repository of many memorials from units and individuals who served in the area.  It is legally an "Extra-Parochial Place" as the church pre-dates the parish system and the castle was variously a Royal or Military place.

Although a beautiful day there was a lot of wind which made it fun for rolling down some of the banks and flying a kite. 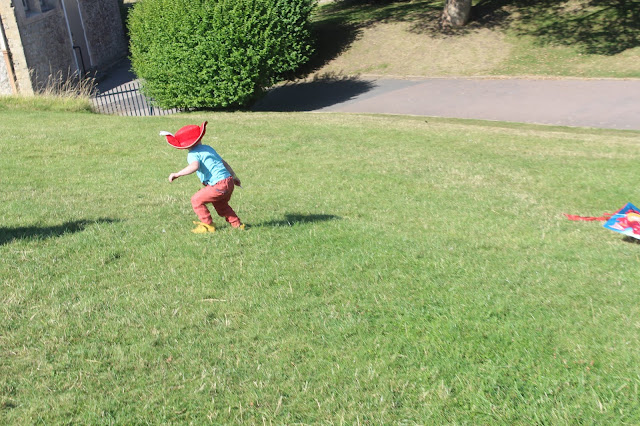 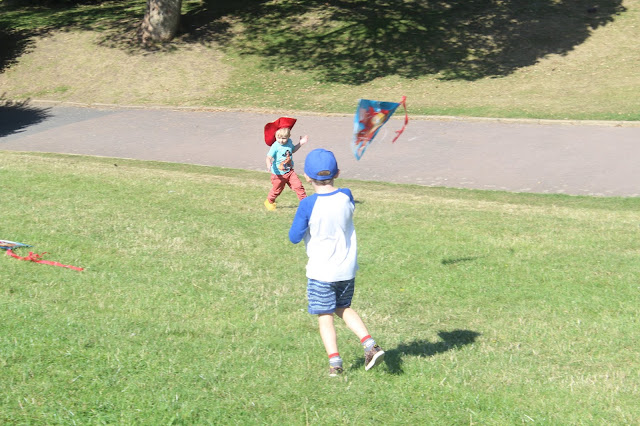 Finally, the views were spectacular you could see for miles around. 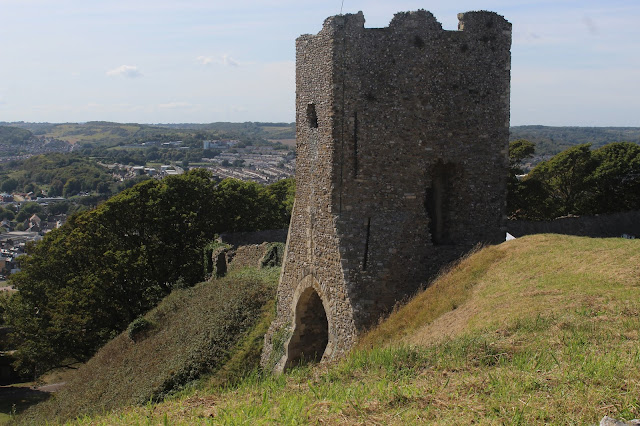 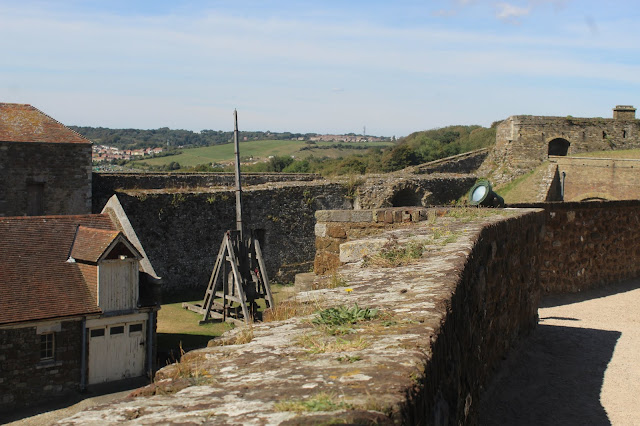 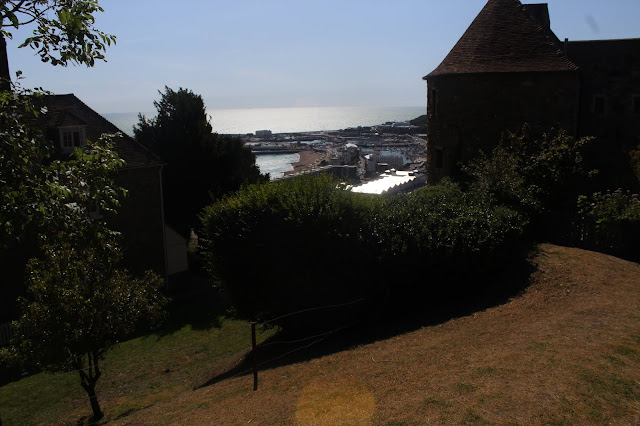 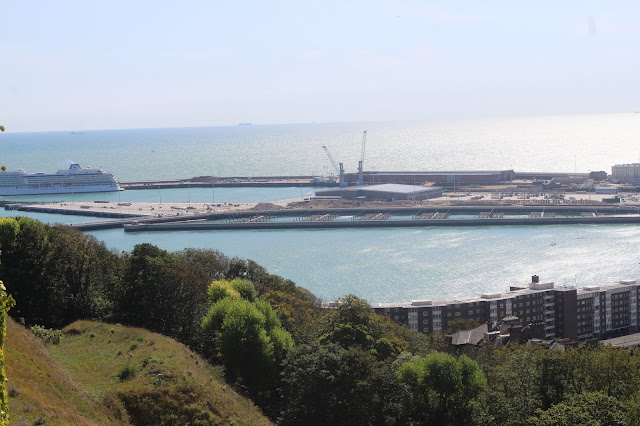 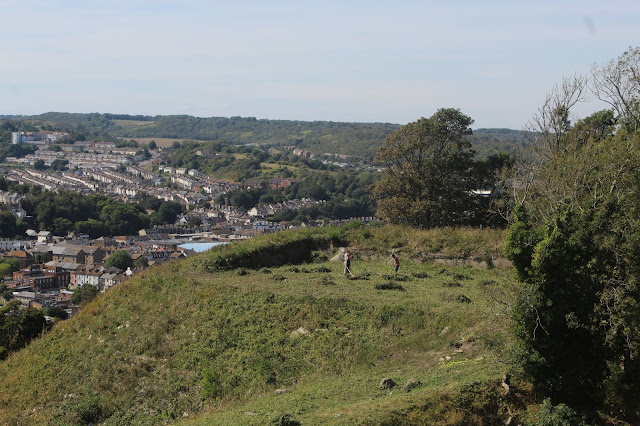 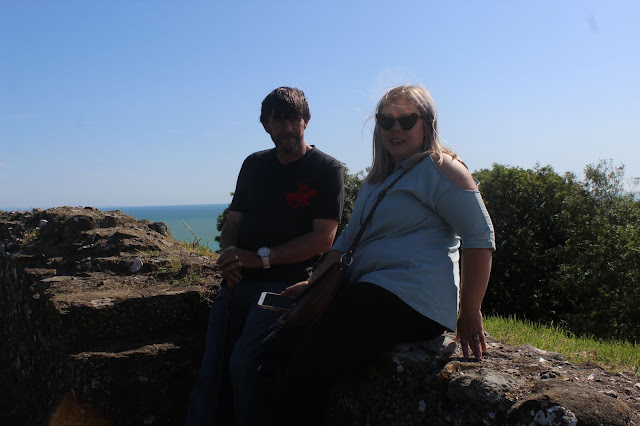 As always I thank you for your visit and for your uplifting comments.

See you soon.
Posted by mamasmercantile at 10:30