Footprints in the Sand

A quiet, restful weekend with lots of lists been made, a short trip out and some marmalade made and tested.  That just about sums up our weekend.  It was such a beautiful day on Saturday we went for a drive around the Island, it was nice to have a break out and become intrepid explorers.  We stopped off in Stornoway to refuel the car and admire the changing season.  There are so few trees on the Island due to the winds it is always a delight to see so many around the castle looking over the harbour.  The changing colours were a joy and a sharp reminder of the change in season. 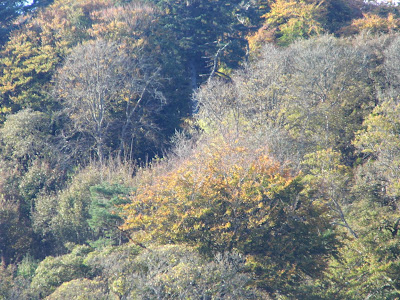 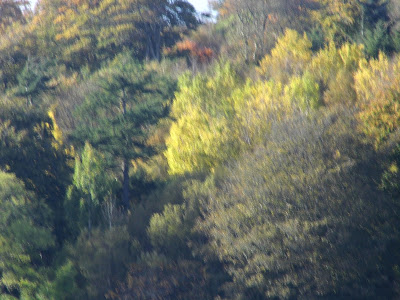 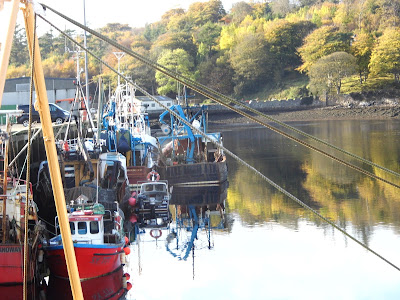 A stroll around the harbour is always a joy as it is flat and easy for Gerard to walk.  The ever changing sights are always wonderful.  We never know what is going to catch our eye.  This time a gull performing on the harbour wall and another illusive seal was our show for the day.  The reflections in the water were also a feast for the eyes. 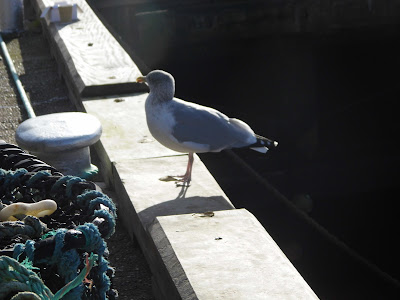 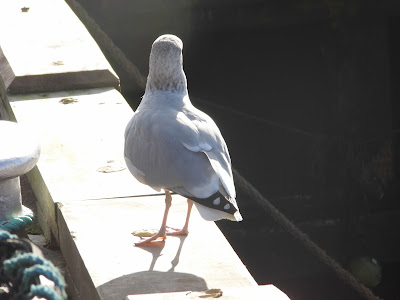 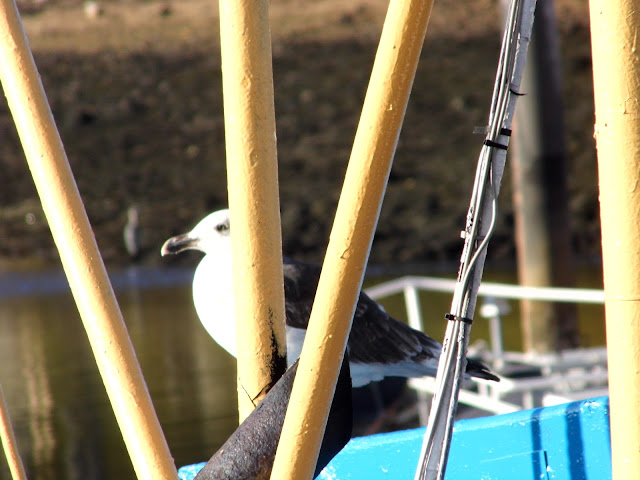 Then there is always Gerard who is generally good for casually posing...LOL! 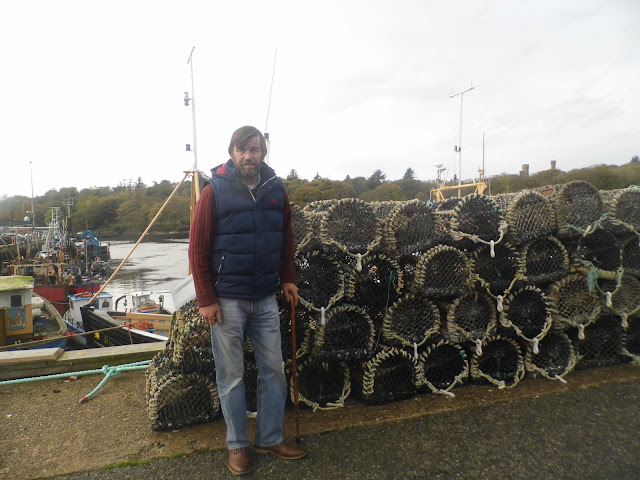 I managed to get some marmalade made on my return, so that was the last of the preserves made.  I used a recipe from a Women's Institute Cook book, a traditional recipe with a lovely twist, the addition of black treacle. 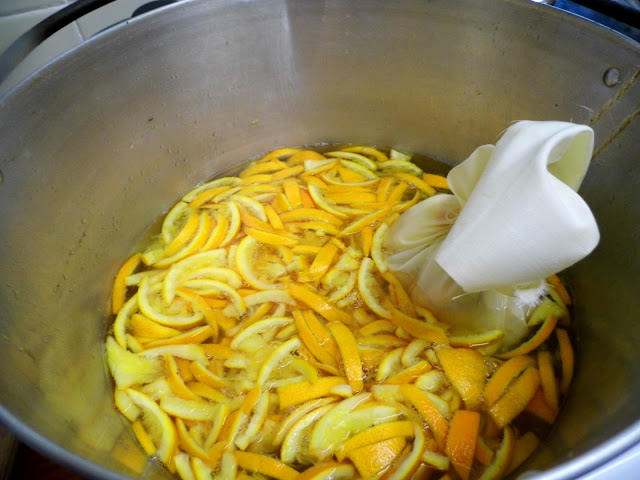 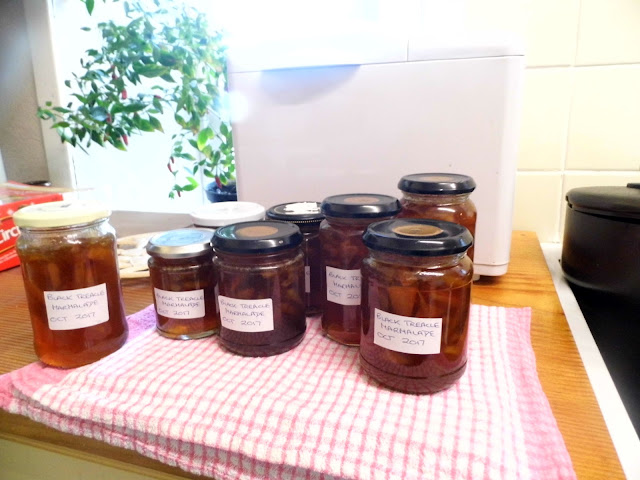 I have tried and tested it it looks darker than normal but it does taste good.  I would certainly use this recipe again.  Just needs some nice fabric toppers.

We live in an isolated part of the Island so we are blessed with delivery vans/mobile shops there is even a bank that is mobile and of course the library.  Enabling so many people who can't get out and about to remain independent in their own homes.  This morning the bakery van which also carries some groceries. 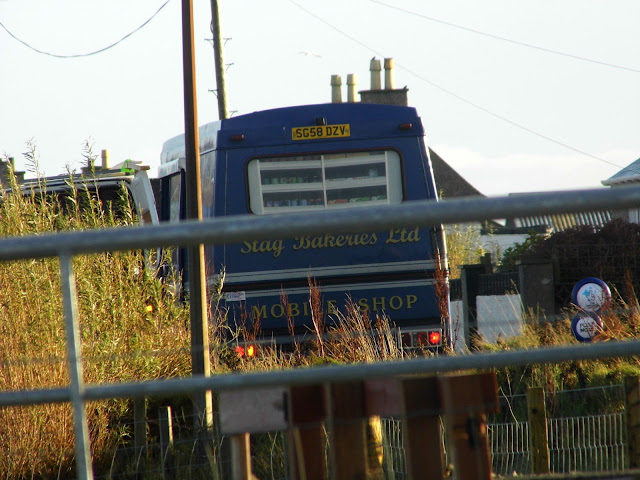 We woke to rain but this soon stopped and made way for another beautiful day.  Too nice to stay in so I joined Christine Callum and Ann one of our neighbours for a walk on the beach.  Once again the seals were teasing us with their antics and disappearing as soon as the camera appeared. 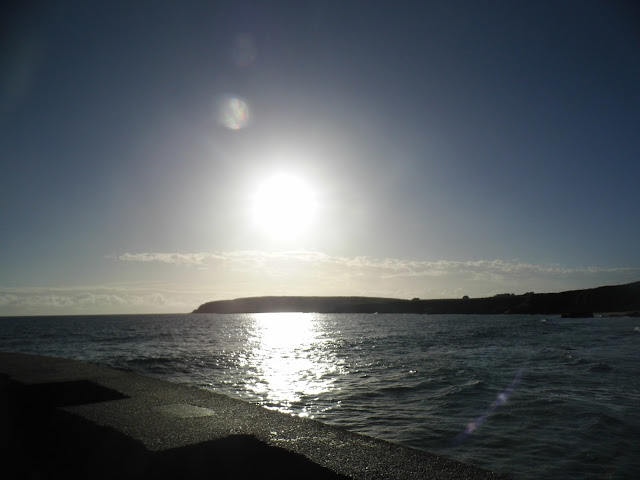 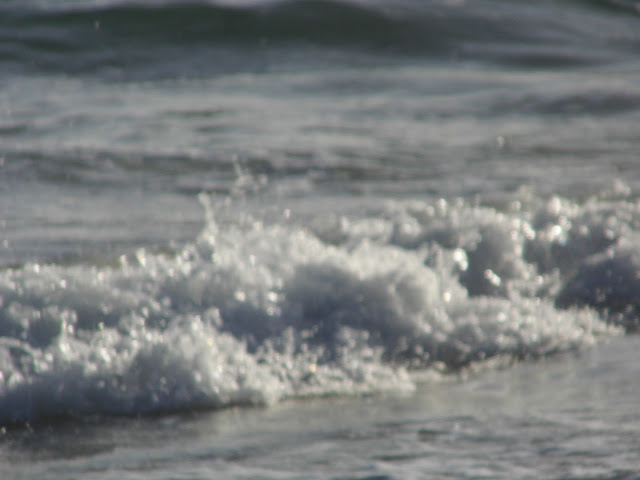 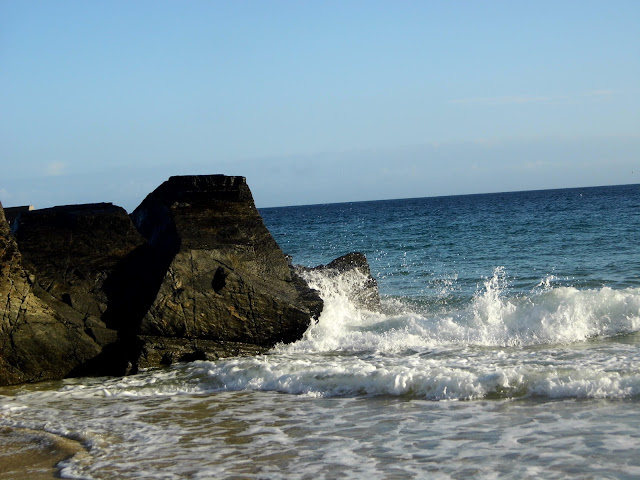 It was so lovely to chat and enjoy the beauty together.  The sun was shining and apart from the waves breaking on the rocks a still calm day with little wind. 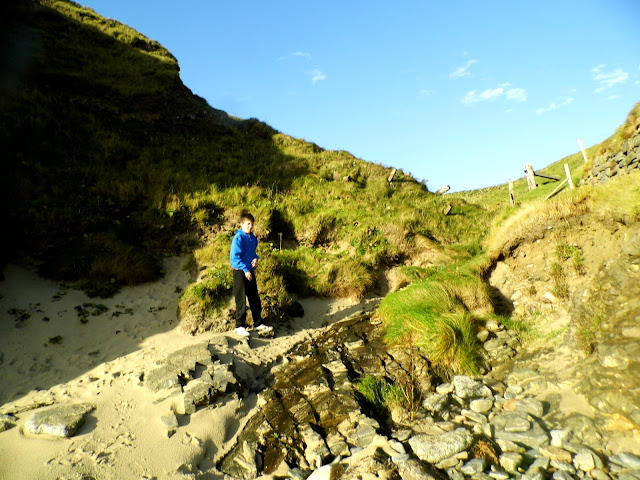 Checking out the footprints of those who had been before us.  Each visit so different from the last as the tides comes in and out removing the evidence of those gone before. 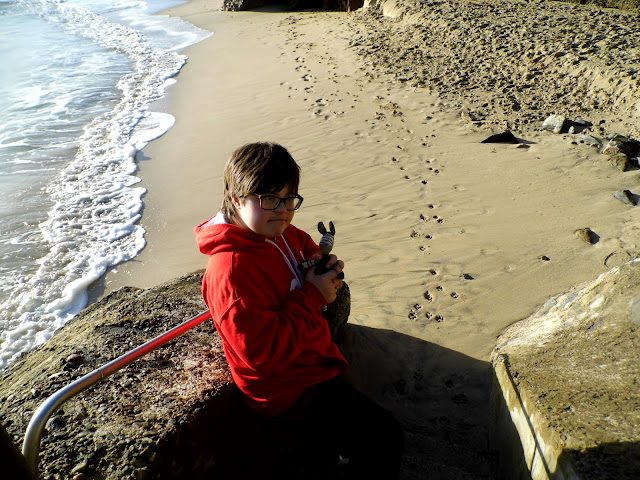 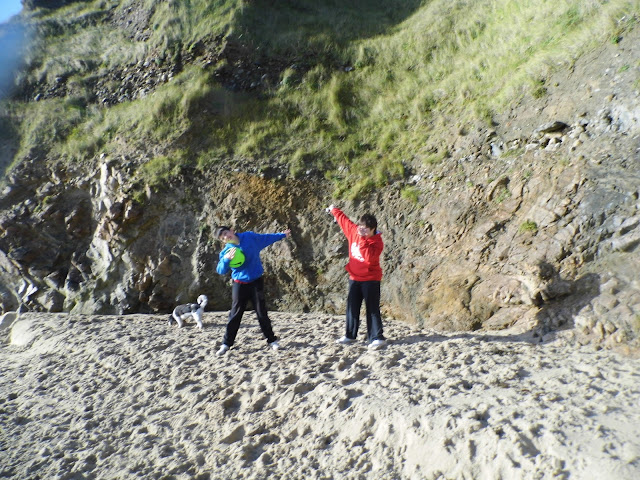 Well of course you have to pose for the camera... 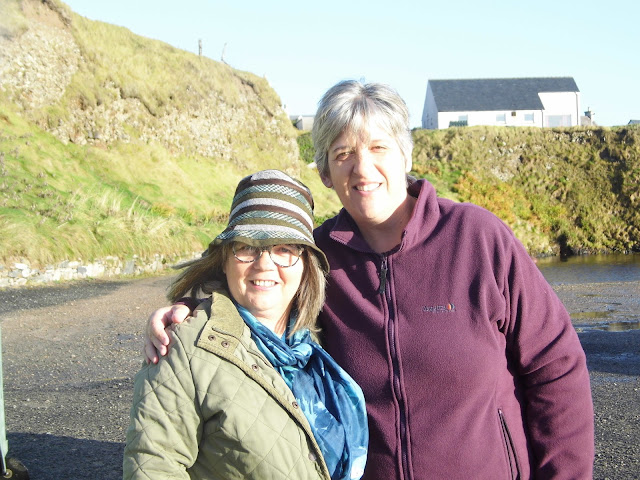 A beautiful stroll with beautiful people, and lots of treasure.  Who knew there were so many varieties of seaweed, all making such amazing photographs. 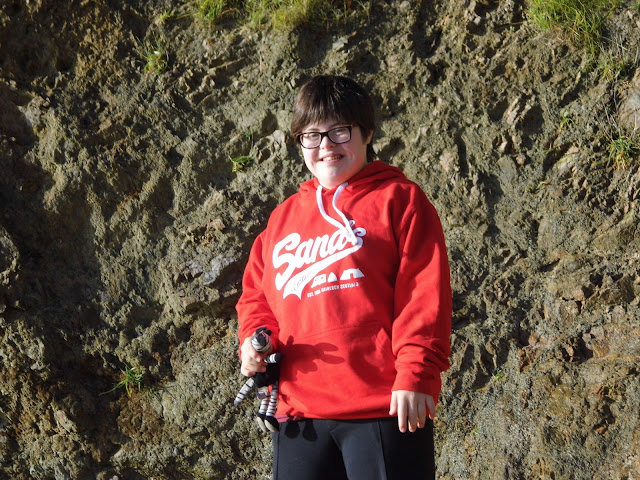 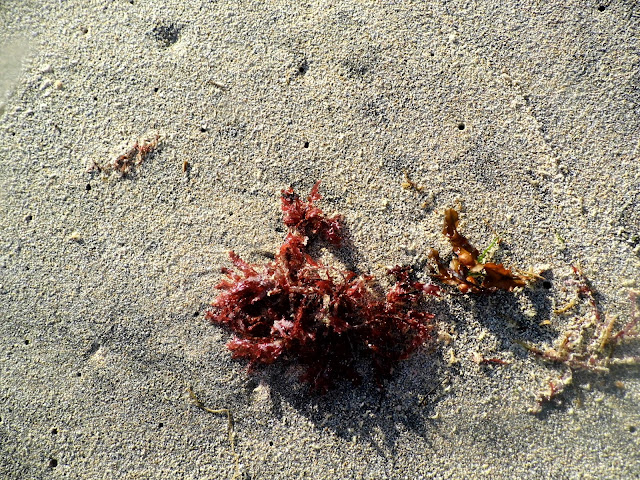 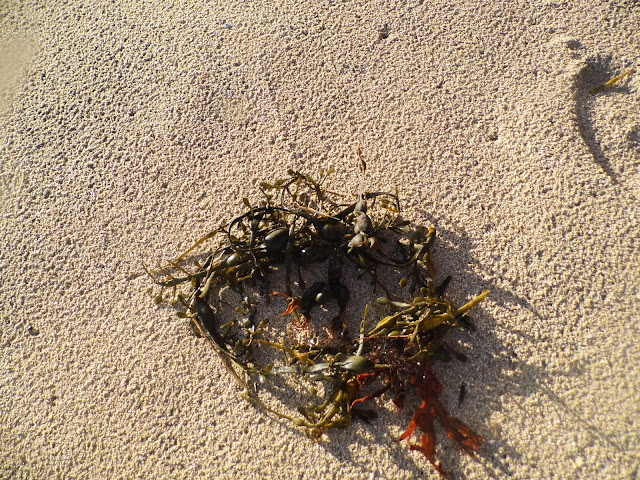 The ever changing landscape a joy to behold. 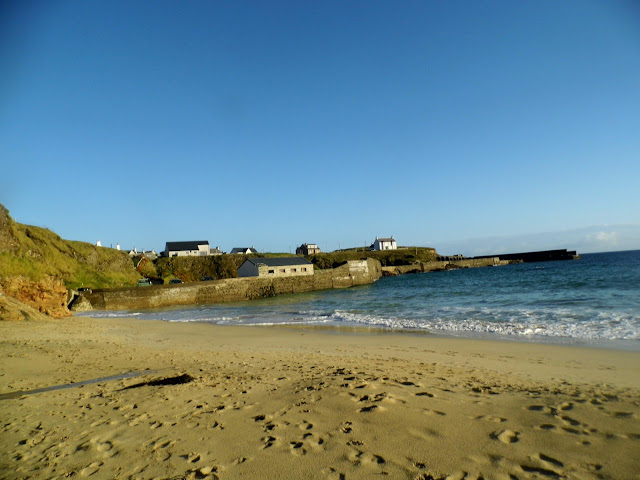 Where would you like to leave footprints in the sand?

See you soon.
Posted by mamasmercantile at 04:46