Yesterday we woke to a beautiful morning with the sun shining brightly albeit a little cold so we decided to have a another stroll around Horncastle this time around the Victorian Christmas market.  We arrived early so that we were able to get a car park space which filled up very quickly.  As we walked into the market we were greeted by an organ grinder playing some lovely uplifting Christmas music. 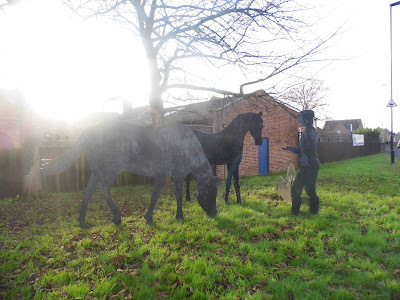 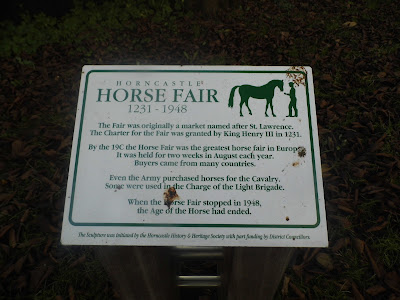 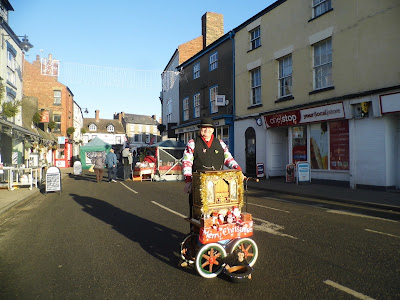 The florists to the left was stunning, a beautiful display of wreaths and bouquets, staff dressed in Victorian costume to add to the  beauty. 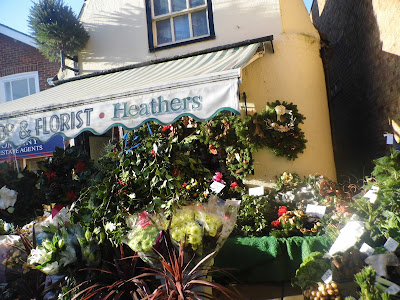 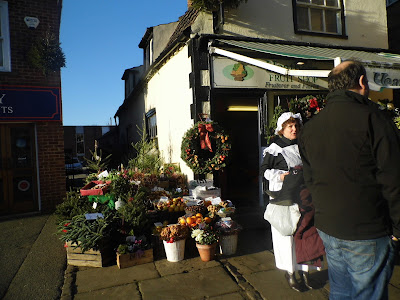 There was beauty at every level, the thatched roofs were a delight as were the Christmas trees adorning the buildings. 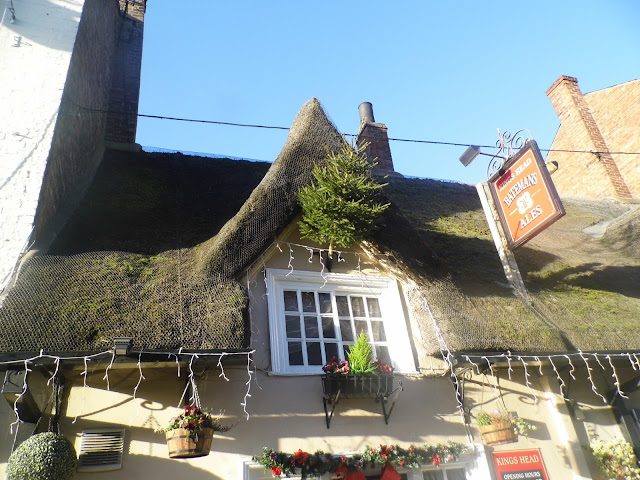 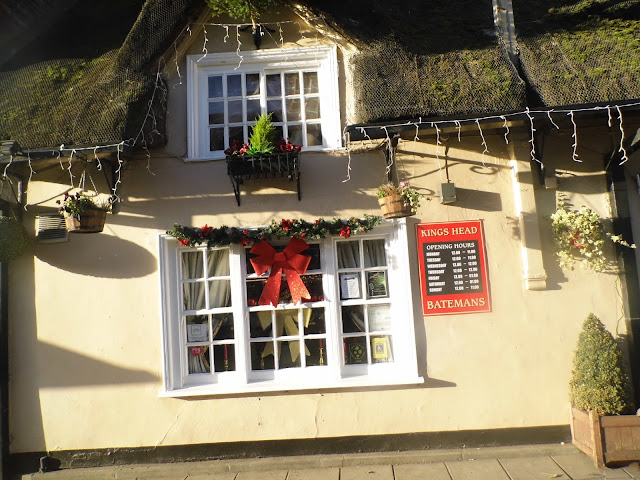 The traffic had been diverted around the town so it was completely pedestrianized with entertainment dotted throughout the market.  There was entertainment in many guises, to suit all tastes and ages.
A Punch and Judy show, was a blast from the past reminiscent of my seaside holidays as a child. 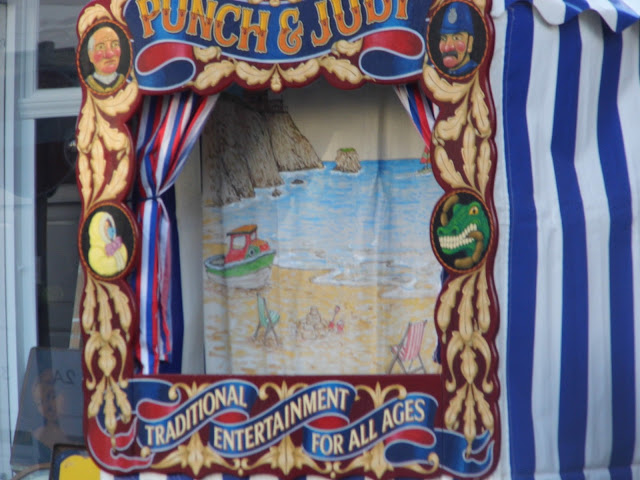 There were several groups of carol singers, a band playing Christmas carols and a DJ blasting out Christmas songs.  With Radio Lincolnshire adding to the mix.  Wandering entertainers were also in abundance. 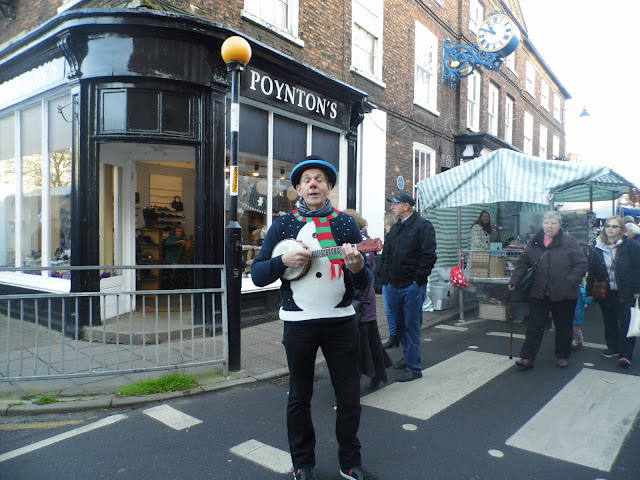 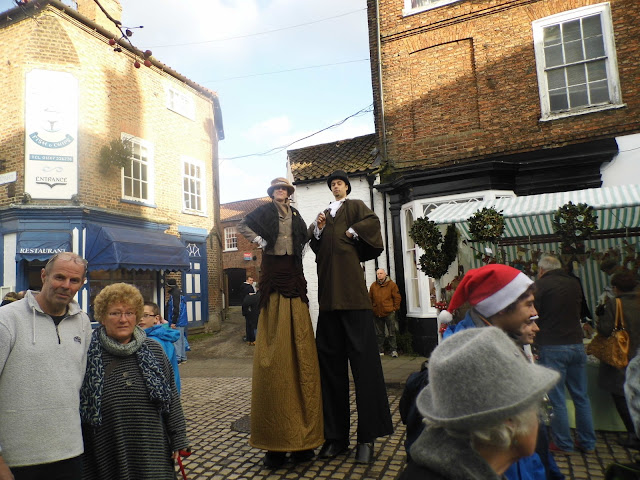 One of my favourites were the Morris Dancers, such an ancient tradition that was a joy to see. 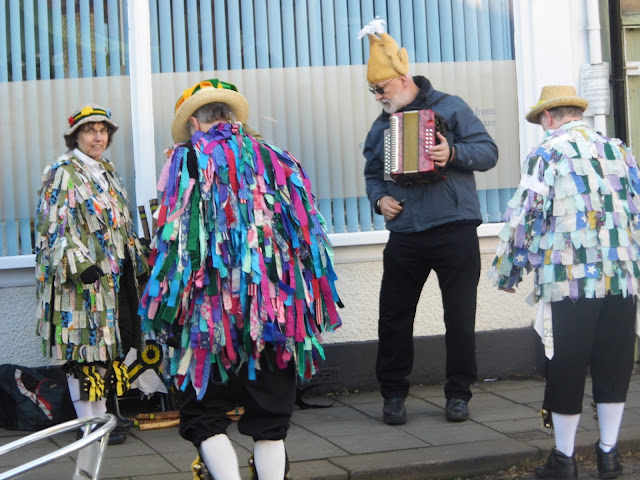 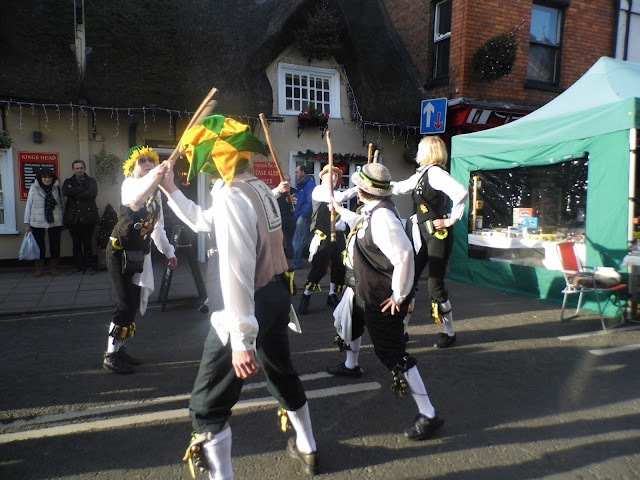 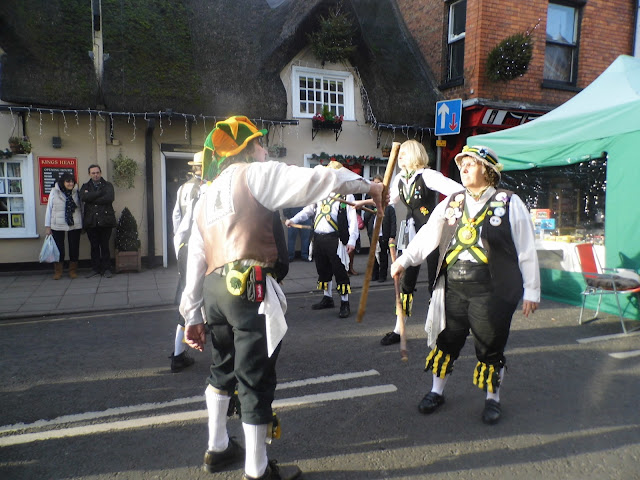 The big man himself was also present which must have been amazing for the children. 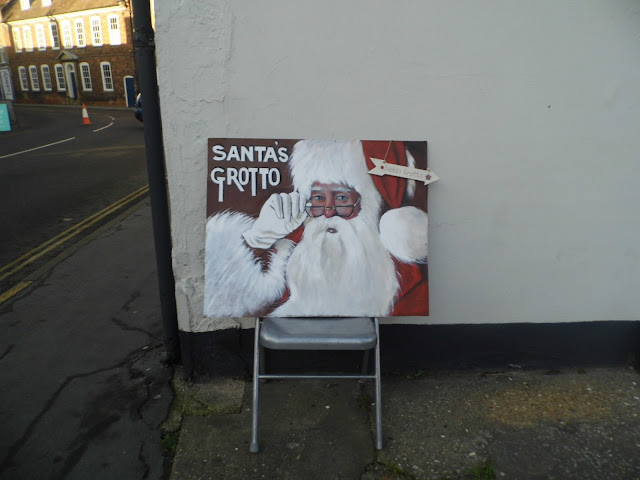 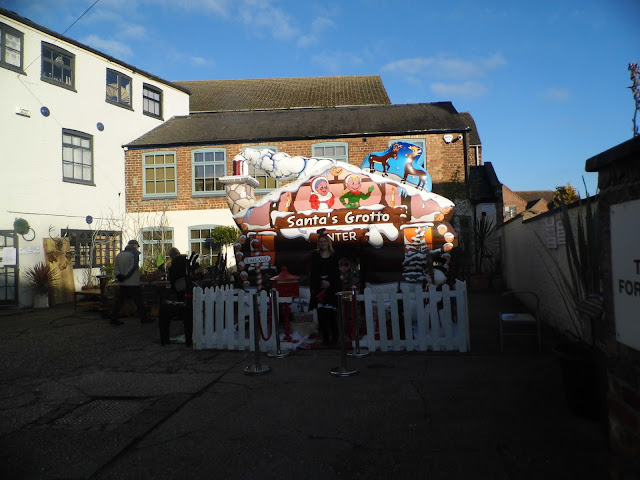 Even the fire service were involved bringing out an old 1937 engine, it was brilliant to see it and chat with the firemen who do such a great job. 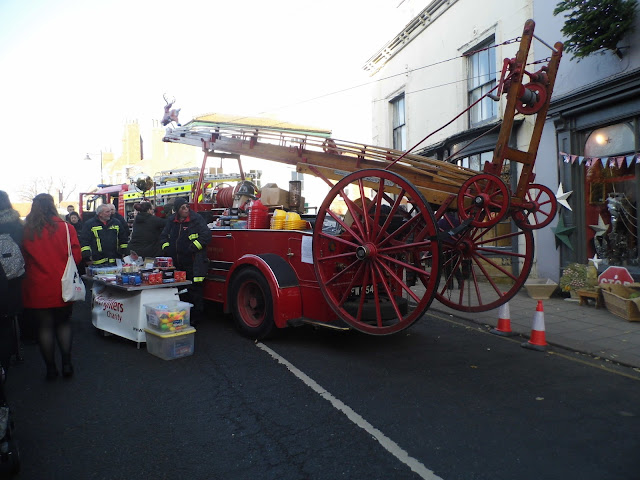 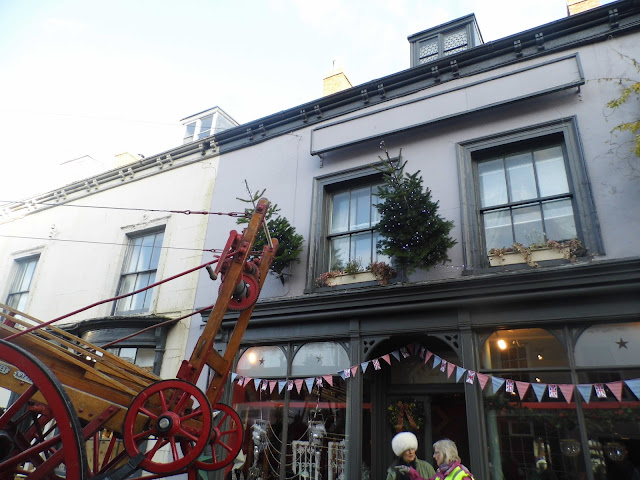 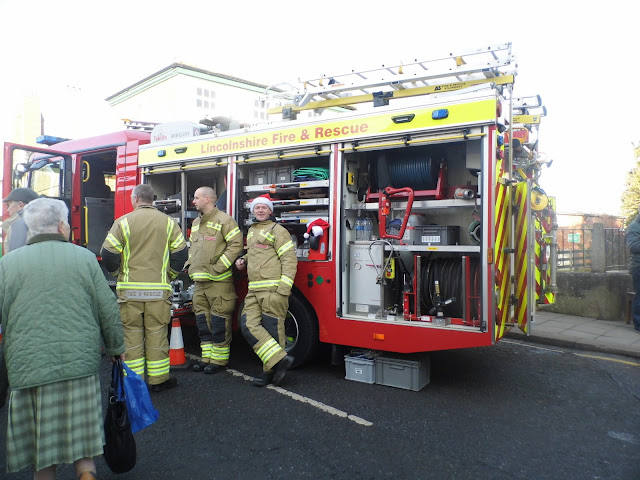 There was food aplenty which we tried on our way around, it certainly would have been rude not to.  I can say that the pulled pork, stuffing and apple bap was truly amazing.
There was a wide variety of stalls each one beautiful in its own way. 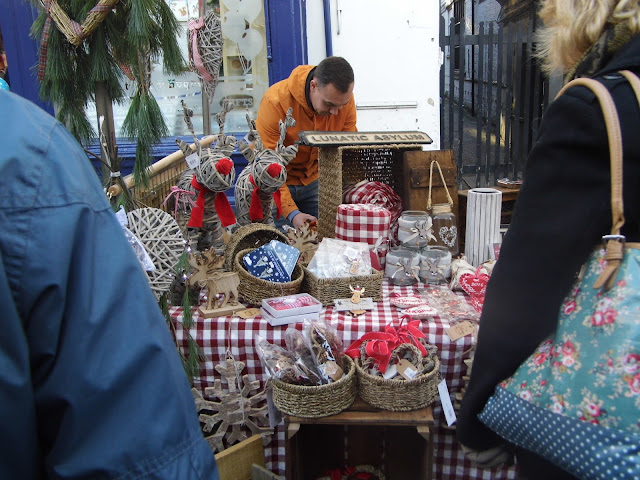 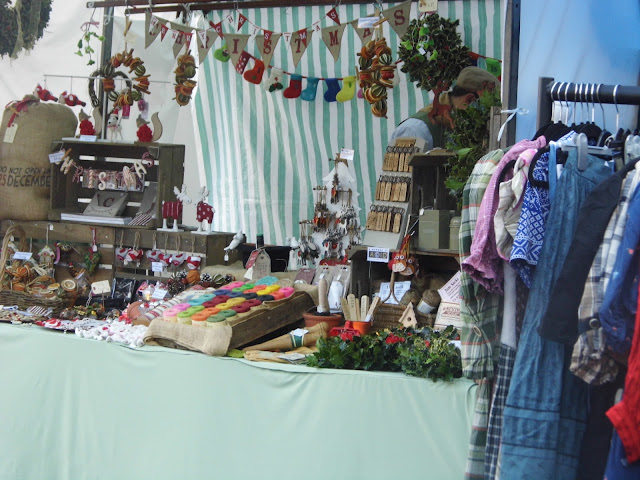 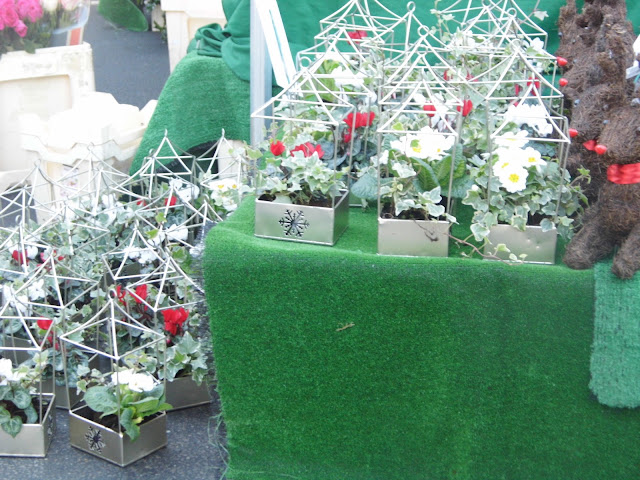 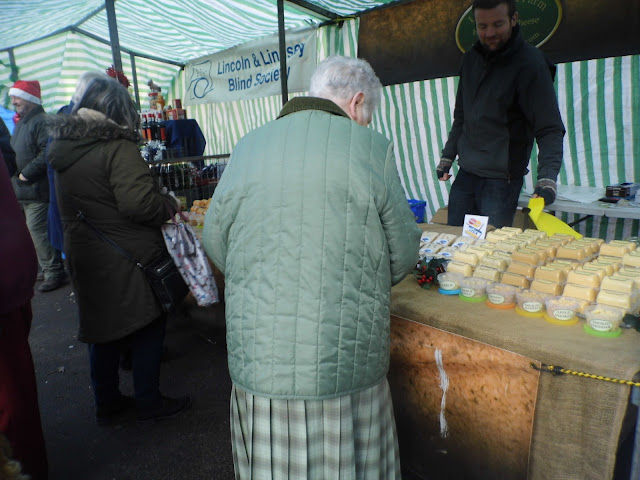 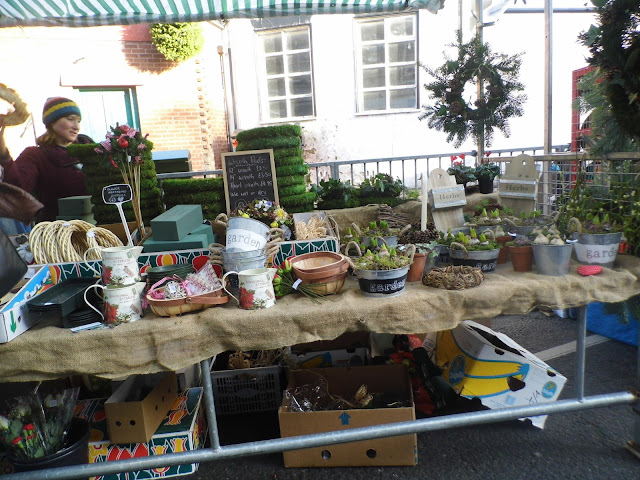 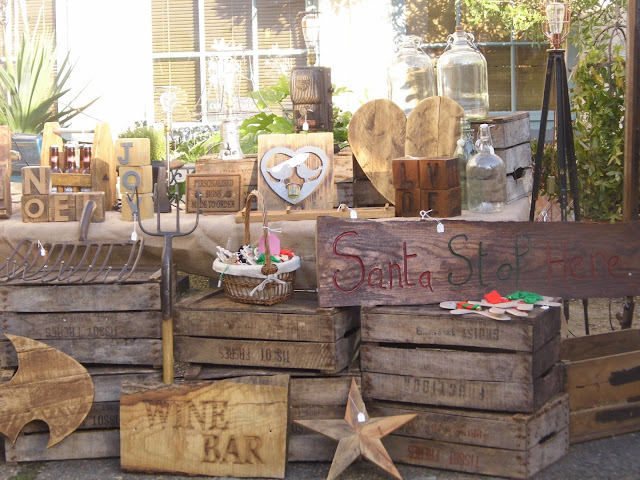 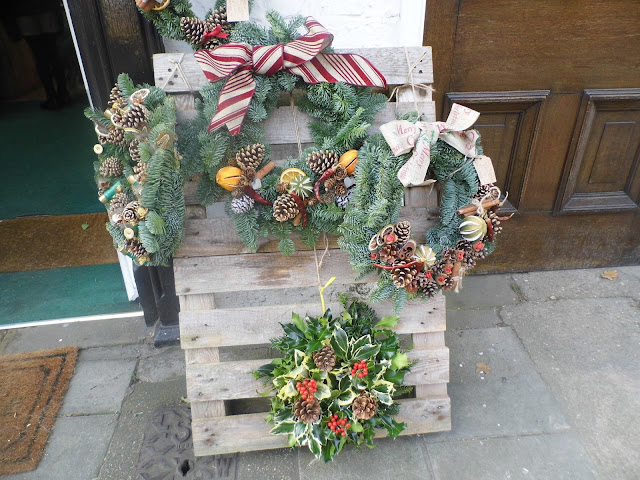 The shops were all open and added to the beauty with their amazing window displays.  I captured this next one which I found fascinating with its wondrous reflections. 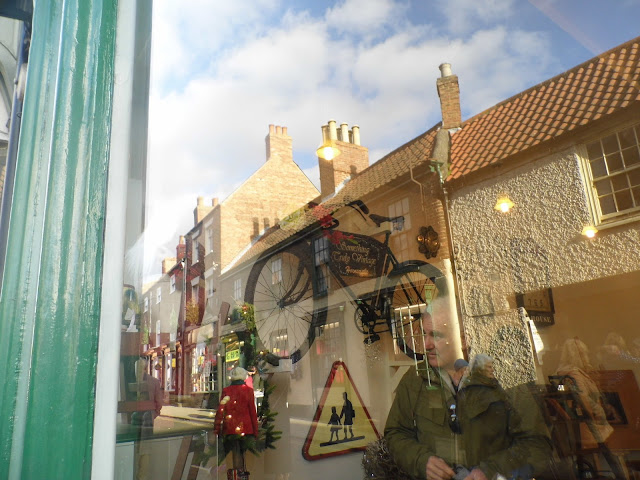 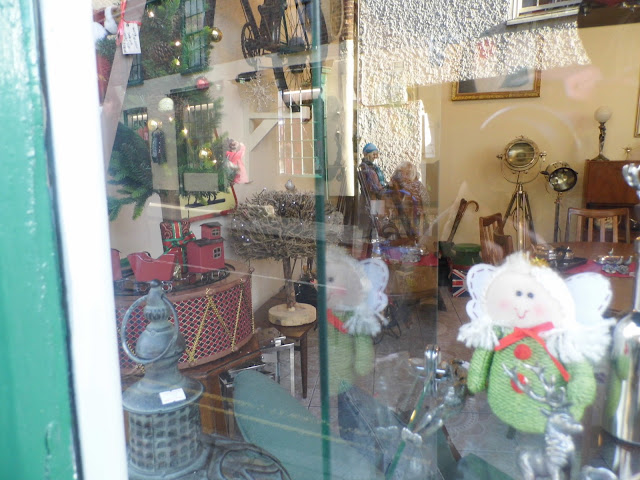 I did have a few little treats which I will share on another post, I do have a very generous husband and sweet Mum. 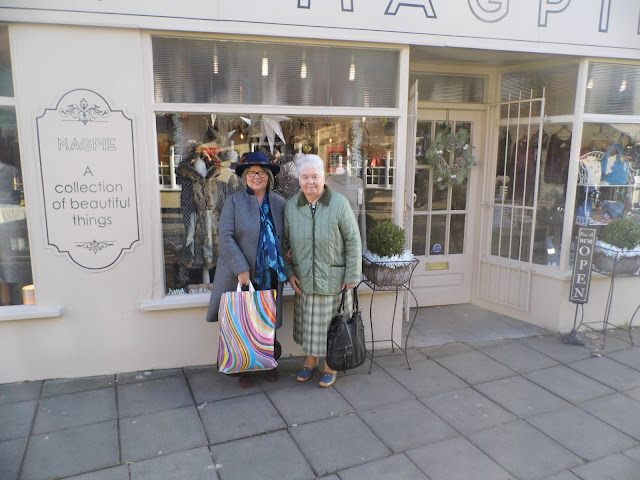 An enchanting day out, making lots of lovely memories to treasure.  I am definitely enjoying the season thus far, how about you?
See you soon.
Posted by mamasmercantile at 03:19